The territory of the Jezersko Municipality extends across 68.8km2 at altitudes ranging from 700 to 2,558m above sea-level.

.It is a mountainous landscape at the junction of theKaravanke range and the Kamnik-Savinja Alps, thus it is one of the most typical mountainous municipalities in Slovenia from a geographical point of view. Jezersko borders the municipalities of Tržič to the west, Preddvor to the south, and Kamnik and Solčava to the south east. To the north and east it borders with the Republic of Austria.

The municipality comprises two settlements, Zgornje and SpodnjeJezersko, along with a number of hamlets. Settlement of the area was largely influenced by its landscape and historical development. ZgornjeJezersko is an elongated mountain settlement with a centre clustered around St Oswald’s church and somewhat distant isolated farmhouses. The layout of the hamlet of Ravno is curious with its amphitheatrical arrangement of large isolated farmhouses -Roblek, Anko, Poderšnik, Šenk, Jenk and Koprivnik- on the shores of the former lake. 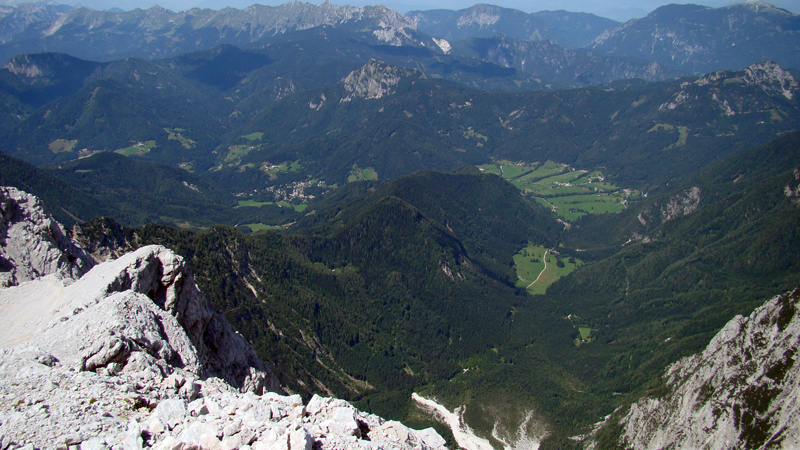 The earliest inhabitants came to Jezersko during the first millennium AD. These few mountain settlers mostly made their living by hunting. The first beginnings of agriculture in Jezersko date back to the 14th century, when the lake, which was dammed by a glacial moraine at the end of the glaciation period, started to drain. As a consequence, draining of the lake facilitated the development of agriculture.

One of the fundamental economic activities was sheep farming. In the 17th and 18th centuries, the farmers from Jezersko, along with their neighbours from Solčava, used systematic breeding to produce sheep adapted to high mountain conditions, the so-called Jezersko-Solčava breed.

Improved transport links to Carinthia and the introduction of ironworking in Kokra facilitated the development of cart driving. From the middle of the 18th century onwards, cart drivers supplied charcoal to smelting furnaces. When a century later ironworking declined, sawmills started to thrive. At the same time, trading commenced in the much valued Jezersko larch, which was transported all the way to Trieste for the manufacture of ship masts.

The development of tourism in Jezersko dates back to the late 19th century. The first visitors were predominantly the Czech owners of Carinthian factories. At the turn of the century, the Češkakoča (Czech hut) was built at SpodnjeRavni beneath Mt Grintovec. Tourism successfully developed until World War I and then again after 1935. After World War II, Jezersko was known as a climatic spa. During the 1953–1982 period, a clinic for eye diseases specialised in treating ocular tuberculosis and other inflammatory diseases, with patients coming from across the then Yugoslavia. 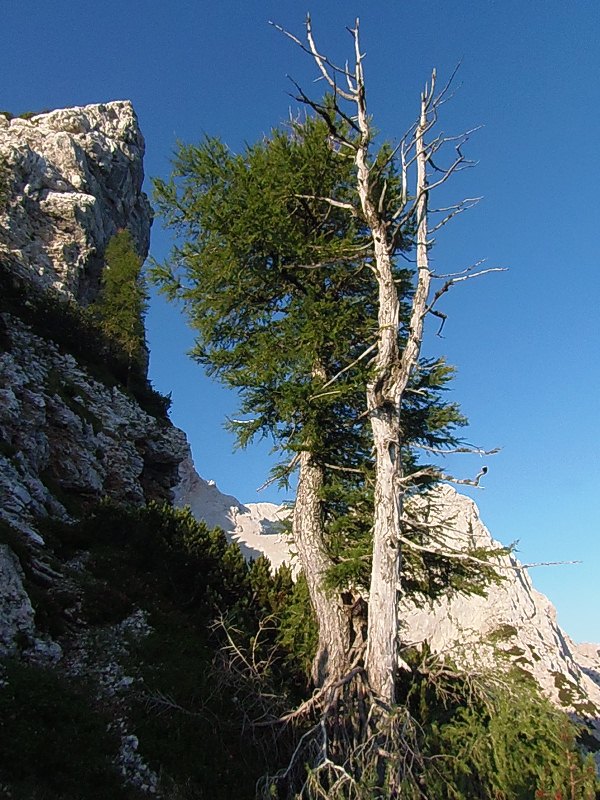 The glacier from the MakekovaKočna valley blocked the course of the Jezernica stream towards the valley of the Kokrariver for a considerable period of time which consequently led to the formation of a lake at the bottom of the Jezersko basin. 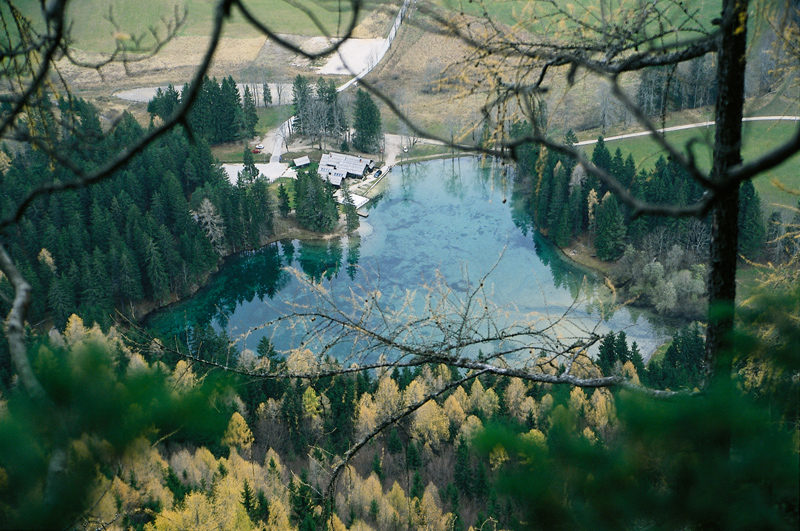 The lake remained there long after the glacier had disappeared. The stream eventually found its way through the moraine towards the Kokra valley and the lake drained off but the humid and marshy landscape has been, in parts, preserved until the present day.
It is believed that the name Jezersko derives from the presence of this lake which once covered the entire central area of the basin. This theory is confirmed by some old narratives and even JanezVajkardValvasor mentions a shallow lake „among the high snow mountains“ in his most important work entitled The Glory of the Duchy of Carniola. Several names, such as the Parish Church of St. Oswald at the Lake, the Jezernica stream and the traditional name „Pr` Jezer“ (At the Lake), still remind us of the existence of the lake. 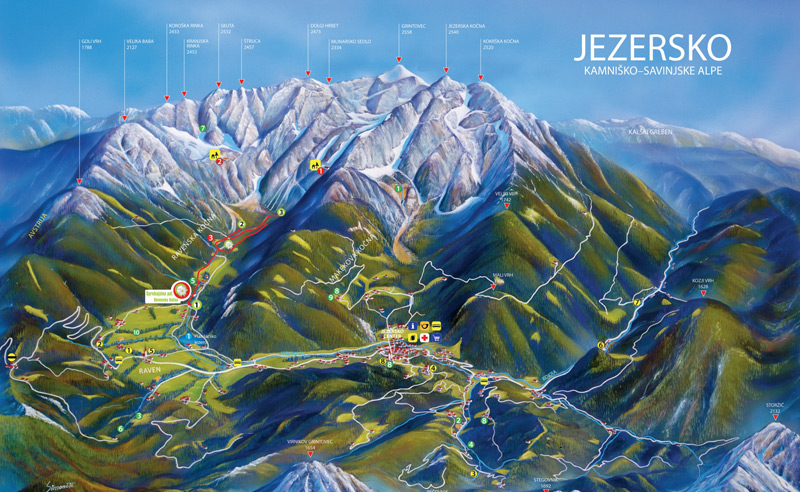